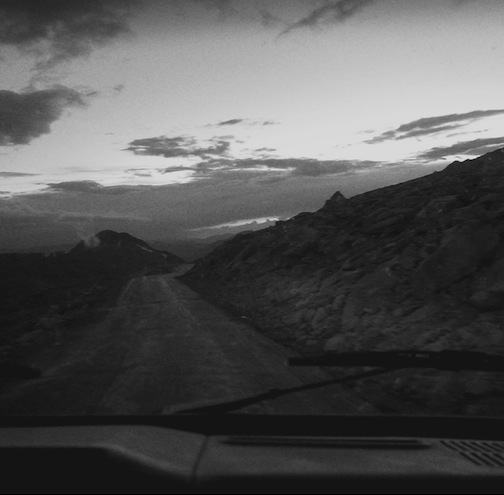 Four and a half years since his last acclaimed solo record (Donkey LP), Ryan Gustafson, as The Dead Tongues, returns to his strength with the spectacular Desert.

The wait was worth it. Desert is stewed to perfection. It’d be easy to group this record in with all the other dark Americana coming out of the south recently, but it sets itself apart with brighter harmonies reminiscent of 70s folk rock accented with hints of Gustufson’s experiences in Max Indian, The Light Pines, Mandolin Orange, and his experimental project The Daughter Is Ambiguous.

Gustafson is clearly the star, but the organ steals some spotlight on Desert. The instrument is allowed a ton of range from low-key, soulful accenting (“Exit Song”) to soaring lead voice (“The Desert”).

The album reaches its peak with “Depression,” the front runner for best song of 2013. It sucks the listener in with an irresistible guitar hook and a knock-out first line: “I get in depression like you get into cars driving you home. Like she got into cuttin’, like I got into drinkin’ on my own.” The organ takes over and really belts it out, before setting up the gradual fade out over Desert’s final two tracks.

This complex mix of tones pushes the album beyond simple melancholy and into nuanced emotions that are harder to pin down.

Desert is about momentum and the fear of lacking it. Gustafson is afraid of getting stuck in one place, of time passing him by, of leaving the world unmarked.

“Look in the mirror. Boy, I have grown. Once just a pebble, now a sinking stone,” he sings on “The Desert.” Gustafson looks ahead as much as he looks back, but it all kind of looks the same when he’s in the middle. “Life is a desert that I’m meant to roam.”

To deal with his restlessness, Gustafson examines what’s worth stopping or, more severely, dying for (often love) and what’s not (“corporate government”). It’s all brought to life with compelling weariness by Gustafson, who wavers between vulnerability and nonchalance.

“If you want to know about something — well, something true — I don’t care about nothing, but I care about you,” he opens “Milestone.”

Gustafson isn’t a character here. He doesn’t have an agenda and there’s no bullshit.

“I’ve got no intention of pleasin’ or romancin’,” the weathered troubadour sings on “No Intentions,” “All I can say is what I feel.” That, more than anything else, is what makes Desert essential.

Desert is out now. The Dead Tongues will play Kings Barcade in Raleigh with Schooner on March 8. Tickets are $6.
Posted by Justin at 9:14 AM