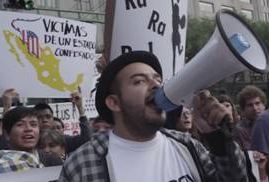 If you think our political system's rotten, try listening to the Mexican Institute of Sound's powerful take from our neighbor to the south. MIS, neither a group nor an institute, is actually Camilo Lara, the main honcho at EMI Mexico. As a record collector, he amassed thousands of recordings from which he created holiday mixes for his pals, eventually leading to his current position. 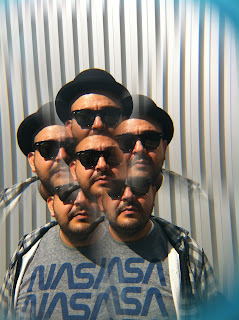 Call him an accidental rock star, if you will, but his latest recording Politico ("Politics") should further embellish his stature. Released during the recent controversial Mexican presidential elections, it pulses like a ticking bomb. His "rah rah rah" chorus on "Mexico" is a deeply sarcastic response to unrest, poverty, instability and the rise of the drug lords.
The tunes are all strikingly different, pulsating with rhythms ranging from old school mambos to the latest electronic cumbia beats. As an example, try listening to "Ritmo Internacional" without skittering across the dance floor. Lara's quirky humor showcases an amazing assemblage of scratchy old samples blended with new electro-pop sensibilities.


He can't sing — he sort of croaks — but all he has to do is make his point and let his music take over. Blessed with originality, varied rhythms and astonishing production, there's always something special going on. Title track "Politico," "Revolucion!" and "Mexico" all feature wobbly mariachi horns with sly political commentary. Hint: He uses the word "podrido" an awful lot, which translated means "rotten." 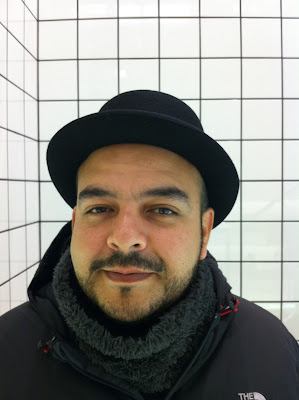 These days, the best Latin recording artists from Mexico to Argentina are moving in heady new directions fusing traditional, folk/folklorico with electronica. Mexico's sound masters, especially MIS, have borrowed from a rich palette of corrida, norteño, ranchera and mariachi, transforming them into an entirely new, explosive sound.