"Desert" The Dead Tongues on FireAnt 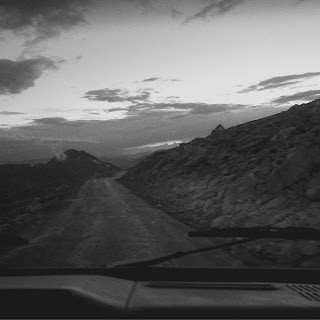 "Desert"
The Dead Tongues
FireAnt
Release date: February 9, 2013
From the Bull City, laconic, lanky, Ryan Gustafson packs a self-assured, sweet punch on his new recording "The Desert". With backup band the Dead Tongues he artfully constructs songs with honesty, integrity and gusto featuring his unique guitar playing, solid vocals, cheeky lyrics and nifty arranging. Tunes resolve nicely - melody, chorus, breaks - all accompanied by aural surprises, from catchy guitar riffs on "No Intentions" to doo-wop-ish choruses in "Call Out to Me". Hooks abound - whether on a backup chorus on "Milestone", to a tasty guitar lick on “No Intentions”.

Ryan's guitar work - from Carolina jangle to lacerating to hypnotic, fits just right.
The intros - folkish or postmodern - lead the listener onward to the next sweet spot, like his lyrics, or a nice guitar run. Dead Tongues musicians mesh together nicely with special kudos for keyboards, whether piano or something sounding older, like a wheezy organ or a melodeon on codeine. There’s nice fiddle playing too, on "The Harbor".  And the backup singers contribute nicely, especially on "Call Out to Me", "No Intentions" and "Milestone". I liked it so much I chose to help release the damn thing.

The album's rhythms vary, mostly in mid tempo range but with enough variety to avoid monotony. Each song carries a unique identity. The lyrics carry sonic hooks and hidden messages, with each song sounding like a thousand pictures. Check out the Dylan-ish organ in "The Desert" or the post -“Norwegian Wood" sound of “The Harbor".  In short, this album has vision. If this is the new Chapel Hill sound, sign me up.
Lew Herman
www.fireantmusic.com
Posted by Lew Herman at 4:43 PM